Marina, so we called it, is the artificial intelligence that since 23 July 2020 has been chatting with all the passers-by intrigued by the crime scene set up in Piazza Tasso, in Sorrento. What is it about ?! How much the abandonment of cigarette butts in the environment is a serious problem and what each of us can do to safeguard the sea and nature from small waste. But let's take it from the top! 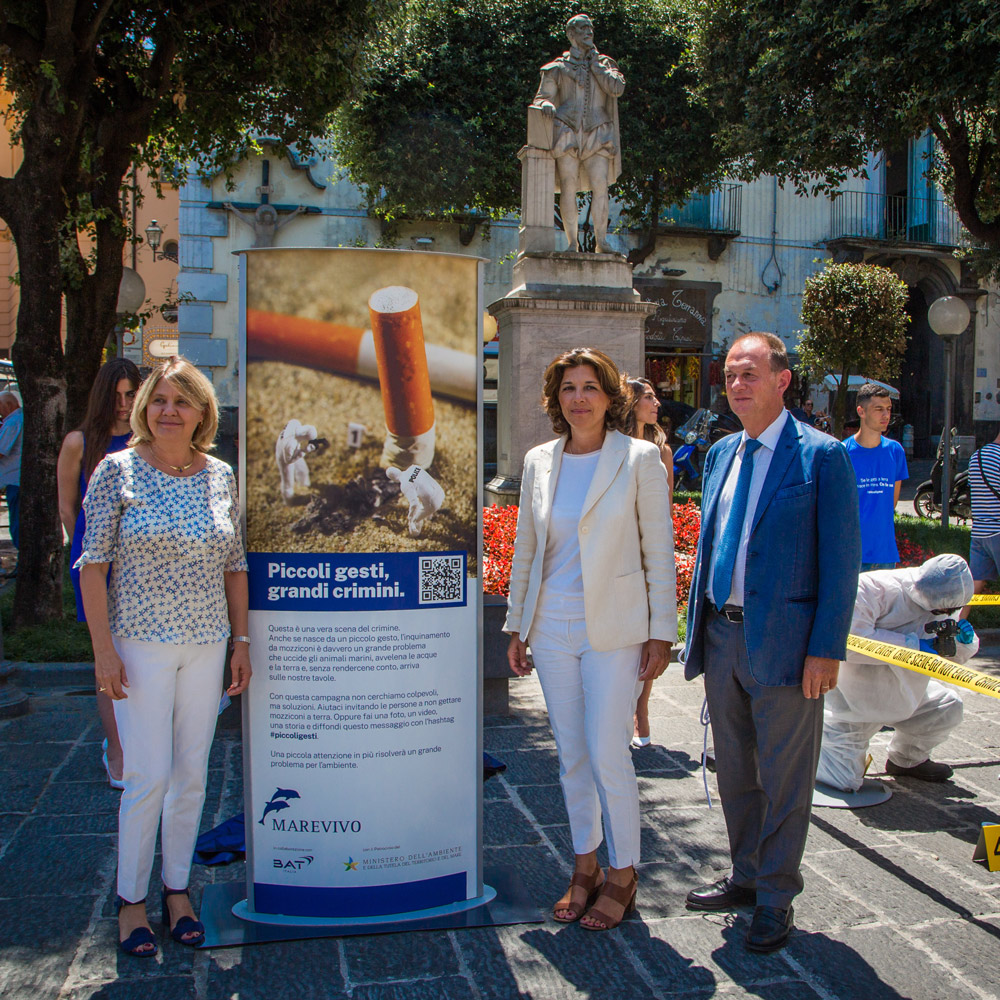 Marevivo Onlus, a non-profit organization for the protection of the sea, and British American Tobacco Italy co-signed a national awareness campaign against the abandonment of cigarette butts, sponsored by the Ministry of the Environment.

Structuring an integrated campaign (installations, press announcements, billboards, chat bots and ads) that could intercept a heterogeneous target at 360 °. That would capture it offline by exploiting the wow effect of the analogue dimension and transporting it online to inform it and educate it on correct behaviors through the QR-CODE shown on all the materials, a sort of portal that allows the public to travel between these dimensions in order to get the message as far as possible.

An onlife campaign in which the physical and digital world meet, contaminate and merge. In which activities, tools and platforms are integrated to convey a clear message, hard in some ways, aimed at everyone: young and old, smokers and non-smokers. The perfect size for creating memorable experiences capable of crossing any media. 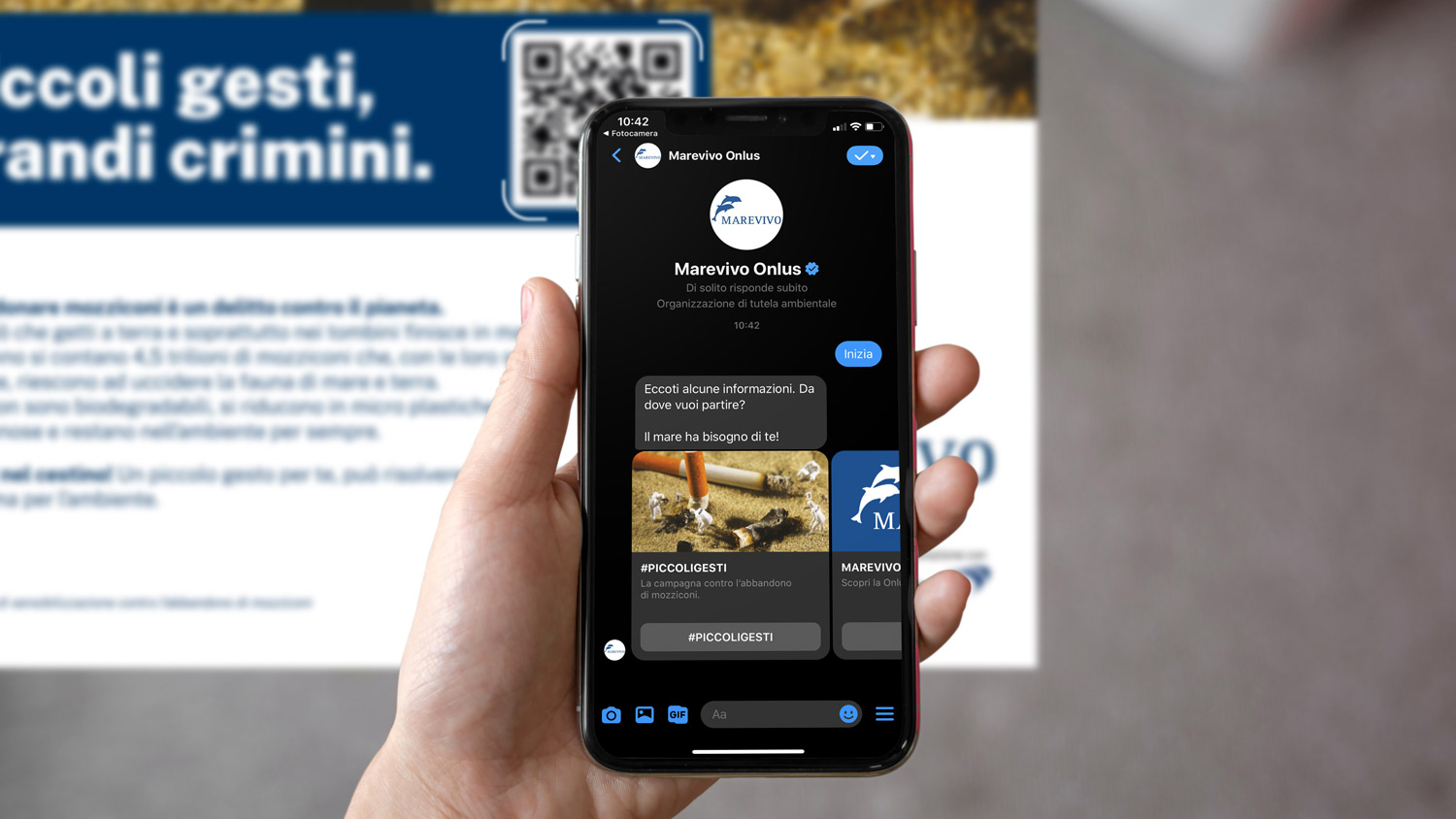 OBJECTIVE: TO SAVE THE SEA

We have dealt with a topic that is too often and too long ignored, even by institutions, to raise awareness of the effects of Littering, that is, the abandonment - unaware or not - of small waste into the environment.

There are 4.5 trillion butts abandoned every year in the world and all of them, regardless of where they were left, always find their way to the sea and stay there forever. Yes, forever, because the butts do not biodegrade but break up into small particles of cellulose acetate (in short, microplastics) which end up in the stomach of the fish and consequently in ours. 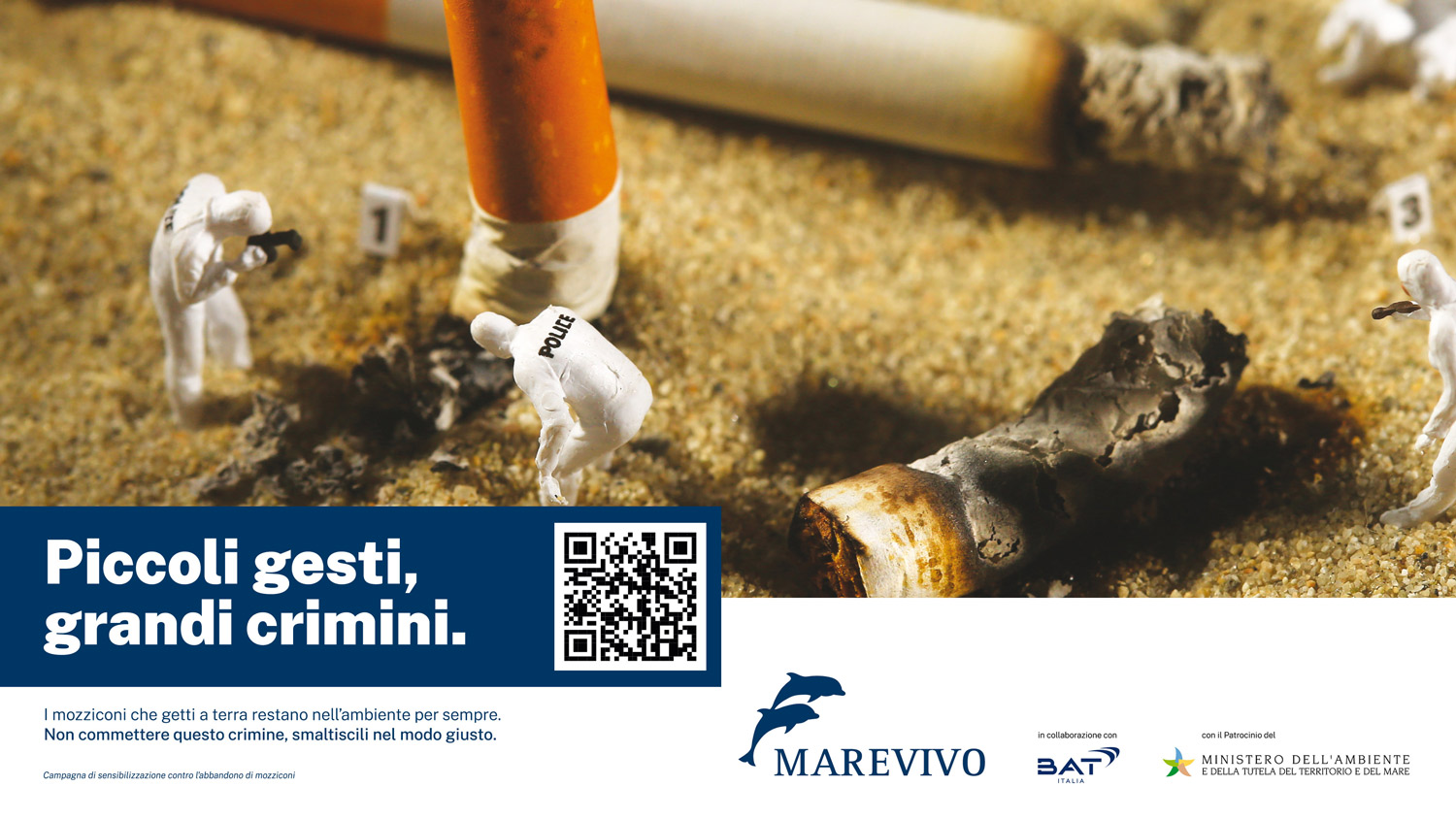 The project included two phases and a series of high-visual impact initiatives to target citizens and tourists and inform them about the risks associated with littering.

Nottetempo in Sorrento, the first stop on a tour that will touch several Italian cities, all the elements that made up the scene of a heinous crime against various specimens of marine fauna have been installed. In addition, graffiti on the asphalt indicates the prohibition on throwing cigarette butts into the manholes, which represent the preferential route to the sea.

All the elements met with considerable public and publishing success, attracting the curiosity of passersby unaware that it was a communication operation linked to the Marevivo non-profit organization, unveiled a few days later at a press conference.
With the inauguration of the "crime scene", the distribution of gadgets and 10,000 pocket cigarette holders also began in the most popular meeting points in the city and on the beach.