The people of Catania call it "u Liotru", the little elephant that has become a myth, emblem of the Sicilian city thanks to the fountain in Piazza Duomo. Now that symbol becomes a work of art, through the "Liotru d’utore" project aimed at the cultural enhancement of the Etnean capital. 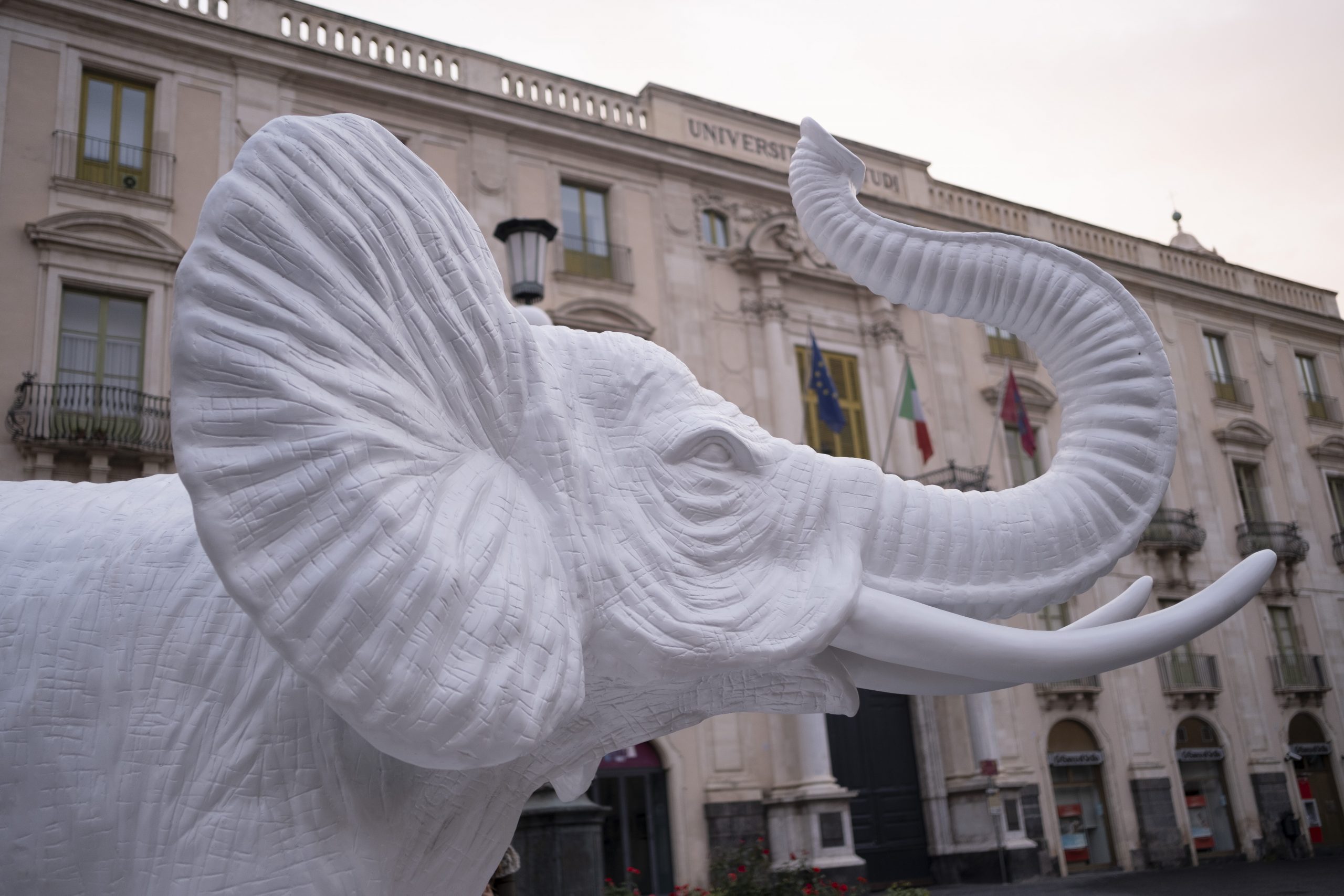 The installation is part of glo's broader "Today I can do it my way" campaign and takes inspiration from the symbol of the city which, from white, becomes colored and in turn becomes a work of art thanks to the hand of Ligama -street artist from Catania- and to the participation of the Academy of Fine Arts of Catania in the University square. 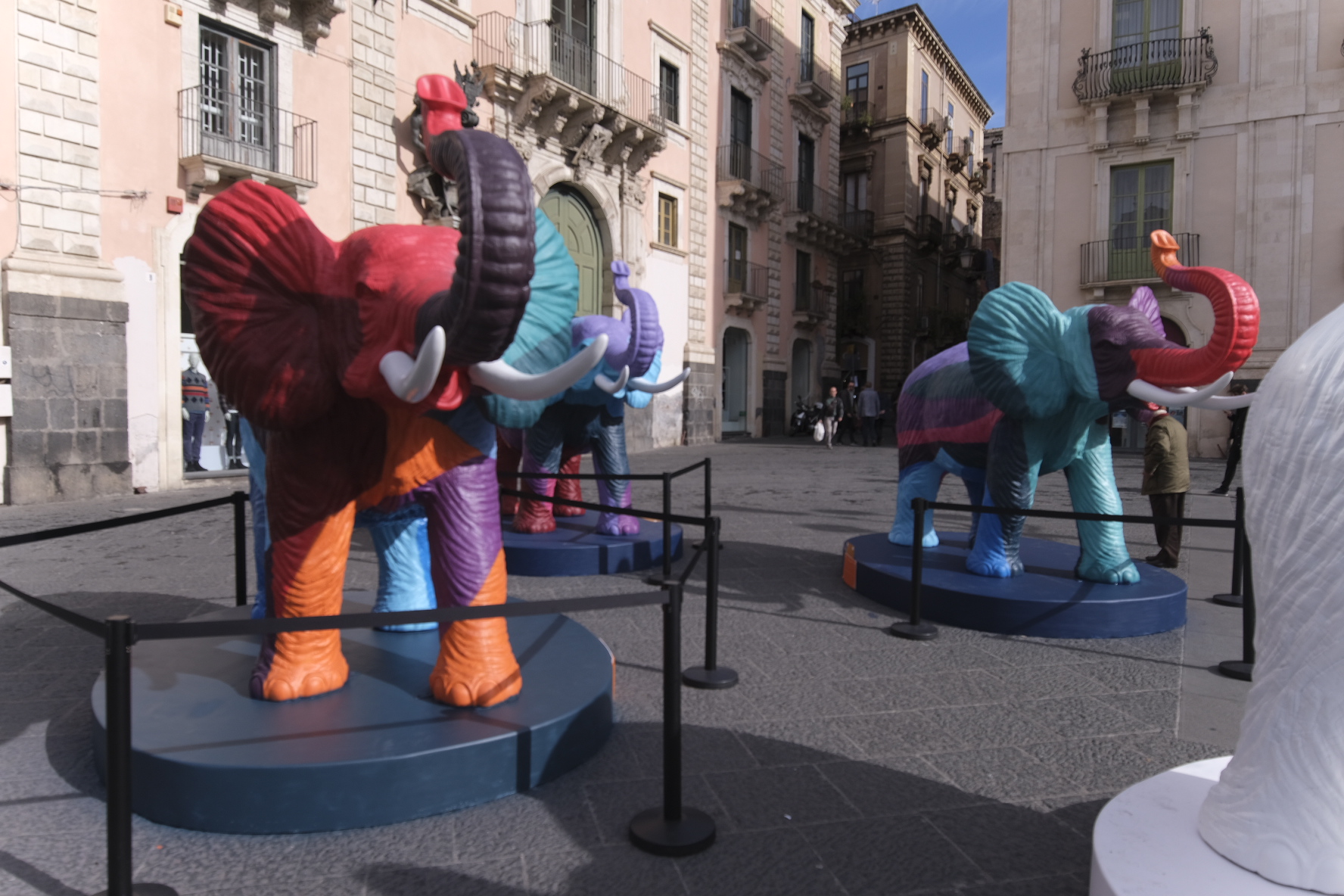 BAT, as the promoter of a cultural revaluation campaign, chooses Catania to kick off its art project and delivers its message of courage and strength to the local youth. A project conceived and managed entirely by Question Mark who, from a pure offline street marketing operation, then moves to digital in perfect onlife style.

In fact, to support the entire operation, a strategic plan was defined that envisaged the involvement of various micro-influencers, all from the city who, both in the teasing and reveal phase, prompted the public to question: "Who brought these elephants here? ", But above all" Why are they here and why do they get colored? ".

Immediate response from the people of Catania who, since the appearance of the first white elephant, have begun to share content on their social channels divided between surprise and doubt about the author and the aims of the project. Curiosity and spasmodic anticipation were the focus of the operation until the elephants, all colored during the night by the artist Ligama, revealed the mystery: a gift from BAT, to celebrate the beauty and history of Catania. 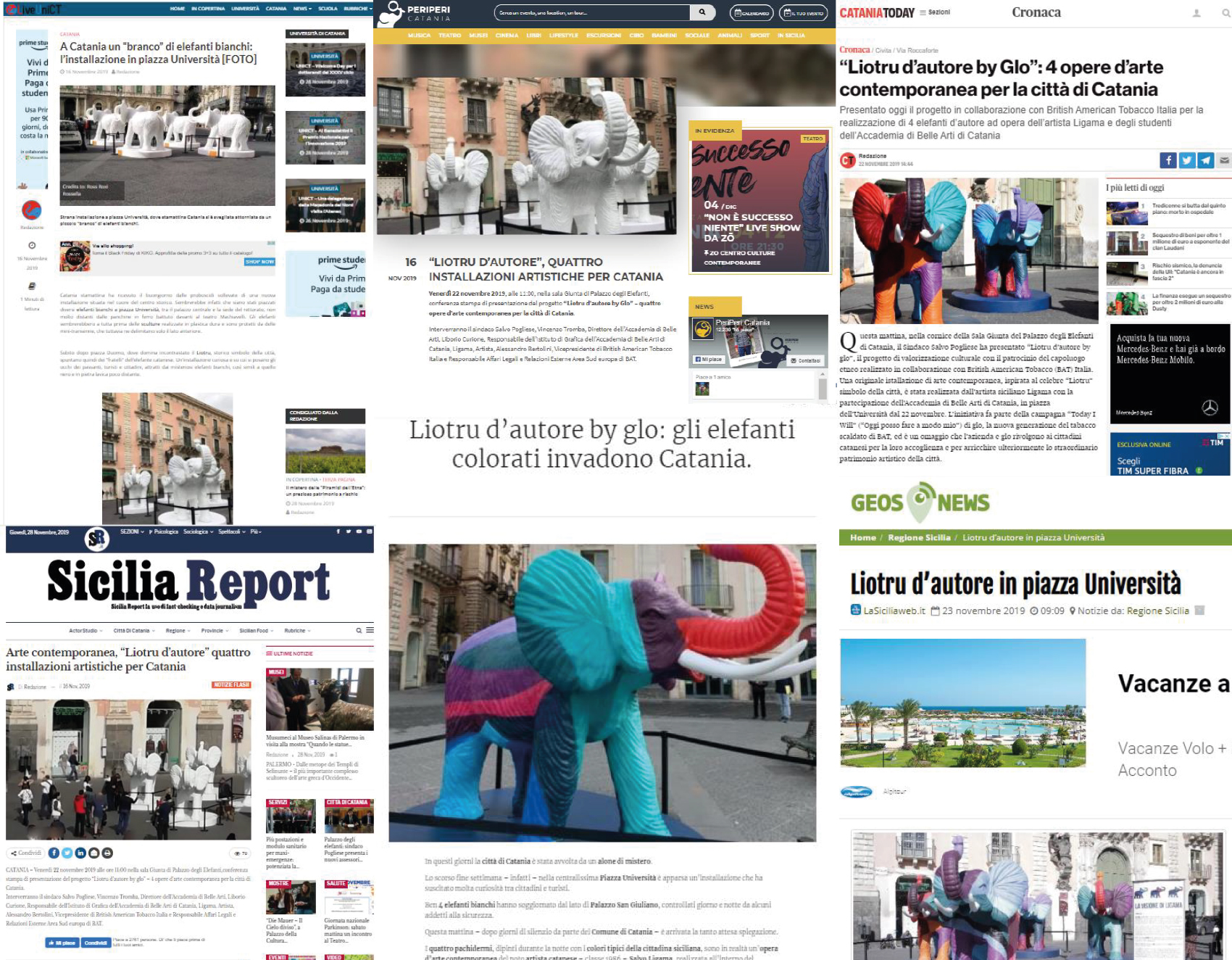 The brand reveal took place with a symbolic gesture from the mayor, removing the adhesive material that hid the glo logo engraved on the pedestal of the statues. At the press conference, the brand's delegates stressed the importance of the initiative, the cultural value it represents and the reasons that led to the birth of the project.

The operation attracted a large audience, also arousing the interest of the local and national press. At first imagined as temporary, the business then turned into a timeless exhibition of the Catania symbol.

The Liotru are still there and still being admired by their citizens.