Today the internet is one of the most used means of doing things marketing. In fact, the tools with which a brand can move and promote itself through the web they are numerous. One of the most popular techniques in recent years is certainly the web contest, also an accomplice the use of social which allows the competition to be conveyed to a large number of people.

Among these, there is an overabundance of youtuber, aspirants influencer and users ready for anything to achieve greater visibility. So, we of QuestionMark we wondered why not channel this incredible determination into a contest launched by Saint-Gobain?

WHAT GUIDED OUR STRATEGY?

In line with the mission of Saint-Gobain Italy and with concept LIFE-UPGRADE the contest "Be A Life Upgrader". The strategy planned for this project envisaged the articulation of 3 stages: 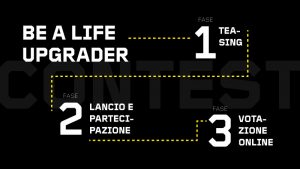 Specifically, the following have been envisaged:

All creative campaigns have had the goal of redirect users to website within which they could discover all the information necessary for participate to the initiative.

THE MAKERS: OUR COMMUNITY OF CREATIVITY

Participation in the competition "Be A Life Upgrader"Required online registration on the site. Users were asked to share a video or one photography of the realization of do it yourself projects, building works, projects by interior design. Each user was able to publish only one content by choosing one of the two categories. These contents, uploaded on an integrated competition platform, were subjected to a voting phase. The ten most voted content for each of the two categories were submitted to one quality technical jury which, by 30 April 2021 will define the ranking of three top rated content for each category. By the same date, among all voters will be drawn by lot 10 winners who will win one of the prizes up for grabs.

WHY DO IT YOURSELF?

A fast growing market capable of producing a turnover of approx 11 billion of Euro: is that of DIY in Italy. A sector that has always been appreciated, but which in recent years is attracting even more the attention of users and onlookers. A trend on which the web has also influenced, within which there is now ample space for portals specifically created to function as guides for the user interested in do-it-yourself. 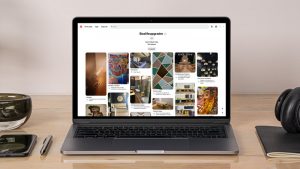 Basically the do-it-yourself finds outlet in many fields, which are constructions of objects from furniture, repair from mobile or painting from the walls home. 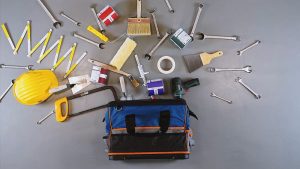 There teasing phase started at the end of September 2020, that is 10 days before the official launch of the contest. We started to intercept the public of interest, through the channels Facebook and Instagram of Saint-Gobain Italy, creating hype around the imminent start of the contest Be A Life Upgrader.

The creativity of campaigns on social networks, aimed at tell the individual phases of the contest, they leveraged elements rational and aspirational. On the one hand, the possibility of expressing one's own creative vein; on the other hand, that of winning a substantial prize. The visuals of the contents were enriched, at each stage, with creative elements and a specific key message.

For example, at this stage, the contest "Be A Life Upgrader”Was conveyed through a creative campaign made in stop motion. This animation technique is in line with ours public, the makers, which makes creativity its own stylistic code. 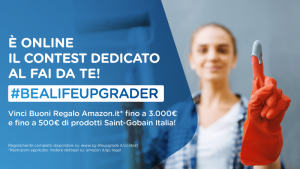 In the second phase, which started in October 2020 and lasted for the whole month, we have created content aimed at conveying the contest, the participation mechanism and the final prize. The latter represented a lever important to be exploited to encourage user membership. In addition, the campaign was supplemented with supporting content that was intended to explain the mechanics of participation in detail.

On the canal Pinterest the bulletin board has been activated "Life Upgrader”, A section entirely dedicated to the contest in which we launched the activity, explained how to participate and shared users' creativity. In particular, the shared posts served to:

Finally, we have planned a campaign on the Google Display Network which allowed us to intercept users through banner ads on Google partner sites. 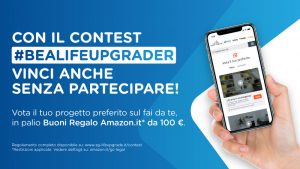 The last phase of the contest, held in November 2020, was dedicated to voting. Therefore, we reached out to users to invite them to vote the best DIY project. In this case, the campaign creatives and shared posts were geared towards:

The contest "Be A Life Upgrader”Managed to stimulate the audience of the makers as well as the users who simply voted, struck by the creative genius of the various works created. In total, we recorded: 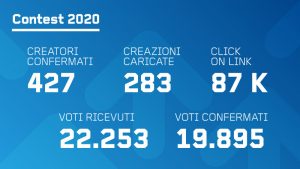